Political Profundity Podcast: It’s a new year, but with the same problems — a disgraced president and foreign policy messes 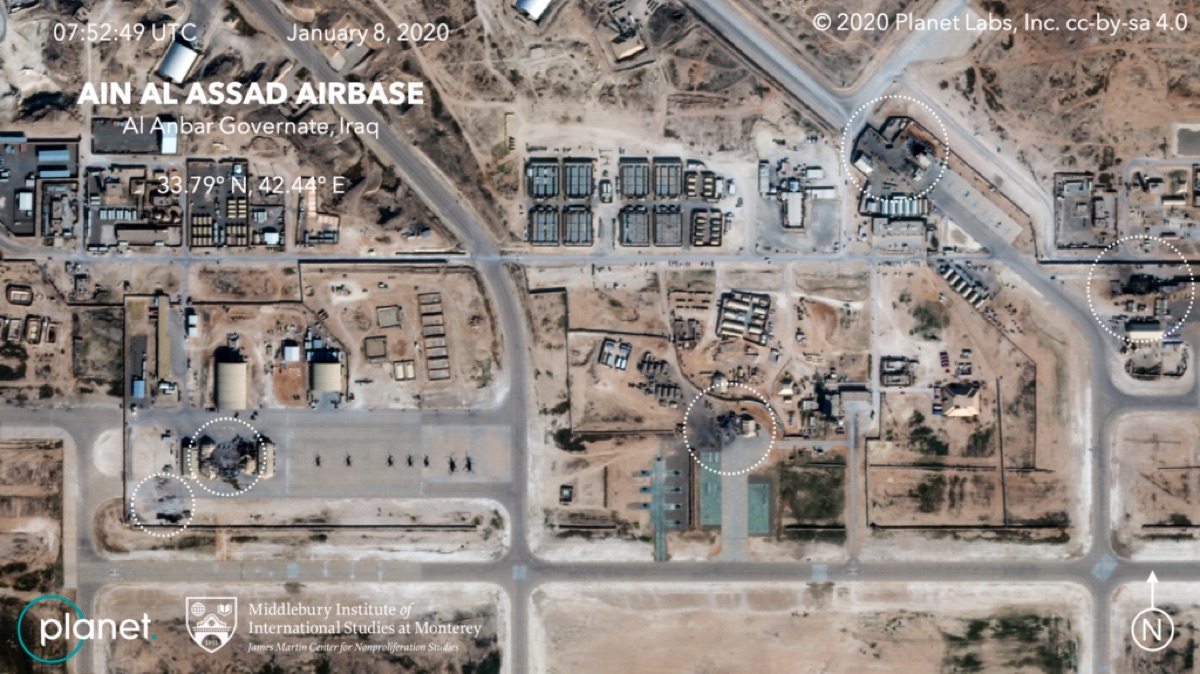 This Wednesday, Jan. 8, 2020 satellite image shows the damage caused by an Iranian missile strike at the Ain al-Asad air base in Iraq. Iran said its actions were a response to the U.S. killing of Revolutionary Guard Gen. Qassem Soleimani on Jan. 2. Image courtesy of Planet Labs Inc. / Middlebury Institute of International Studies at Monterey and used under the terms of Creative Commons Attribution-ShareAlike License 4.0 International

2020 is off to a not-so-promising start. Beyond the continuing ecological disaster in Australia, after being impeached last month for his actions connected to Ukraine, Donald Trump gave the order to have a controversial Iranian general killed.

The death of Qasem Soleimani — who masterminded numerous terrorist attacks — has left some on Capitol Hill, including two conservative Republican senators, with more questions than answers. After a short tussle with Iranian military forces this past week, both the U.S. and its 40-year adversary Iran, announced that things had cooled down — for now.

Given Trump has very little credibility outside of his base, can anything his administration claims about Iran be taken seriously? And with an impeachment trial looming in the Senate, how will he further react? We discuss these topics and one comedian’s take on Hollywood, in today’s podcast.

Item No. 1 — Trump’s Iran Precipice.
Who was Soleimani and are we safer now? Read more at Haaretz, CNN. Was the attack legal and will war powers be stripped from The President? Read more at USA Today, FoxNews. You are not being drafted. Read more at NPR.