Consciousness Calendar: Also this coming week is Black People’s Caucus, A Rally For Antonio Arce, a conference on the Controlled Substances Act and much more 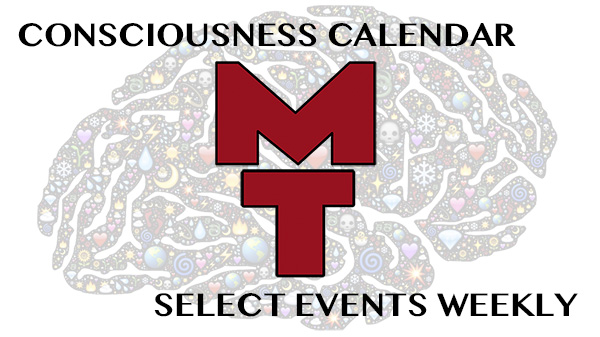 With all due respect to William Shakespeare, something wicked this way comes.

Take it as you like: either the standard wicked (as in evil); or as the New England “wicked” of cool. Regardless, Donald Trump will be at Veterans Memorial Coliseum Feb. 19. Supporters of the president and hundreds of protestors are expected.

But there are many more places to see, things to learn and ideas from which to be inspired in this week’s Consciousness Calendar.

THIS WEEK
Wednesday, Feb. 12
Equality Lobby Day is happening at 8:30 a.m. at the state Capitol, 1700 W. Washington St. There will be speakers, training and a chance to meet lawmakers. Food and drinks will be served; participants are encouraged to wear magenta. Admission is free.

Dr. Yusef Salaam, one of the Central Park Five, will speak at Phoenix College (Bulpitt Auditorium), 1202 W. Thomas Road. Since his release from prison after being falsely accused of attacking and raping a woman in 1989 in New York City, Salaam has committed himself to advocating and educating people on the issues of false confessions, police brutality and misconduct, press ethics and bias, race and law, and the disparities in America’s criminal justice system.

A presentation on the China Sea Conflict will begin at noon in Room 444 of the Walter Cronkite School of Journalism and Mass Communication,
555 N. Central Ave. in Phoenix. Camille Elemia, a multimedia reporter from the Philippines; Ha Tran, a broadcast journalist from Vietnam; and Aung Naing Soe, a multimedia journalist from Myanmar, will discuss the maritime dispute, China's increasing militarization in the contested waters and its economic expansion in the region.

The Second Annual People Not Prisons Vigil will be held from 4 p.m. to 9 p.m. Feb. 12 at the state Capitol. Sponsored by the ACLU of Arizona, the vigil and march will allow people to light candles for every incarcerated person and demand that lawmakers enact sentencing reform.

Thursday, Feb. 13
Members of the local League of Women Voters will be at the Arizona Capitol from 10 a.m. to 4 p.m. to celebrate the 100th Anniversary of the annual League of Women Voters of Arizona Legislative Day at the Arizona Capitol. The event will include proclamations by the Governor and the Legislature, updates on People Powered Fair Maps redistricting program, the Arizona Clean Elections Commission and voting rights. For more information, contact lwvazadvocacy@gmail.com.

A march will be held seeking Justice For Antonio Arce, a 14-year-old who was shot and killed by a Tempe Police officer in January 2019 at the city of Tempe complex, 809 E. Southern Ave., from 5 to 8:30 p.m. The officer, Joseph Jaen, has retired from the police department. The Marcopa County Attorney’s office announced the shooting was justified on Jan. 31, 2020. Arce’s family has filed a civil lawsuit seeking damages.

Friday, Feb. 14
The Building Back The Community Foundation is holding its 2nd Annual Valentine’s Day Charity Event from 8 p.m. to midnight at Onyx Art Gallery, 1346 W. Roosevelt St. Hosted by Marlon Da Gr8, the event will have live music from NDGO Sista, live art exhibits, raffle drawings, and an open bar. Proceeds will go towards the 1st BBTC Foundation Scholarship Award, presented to a high school senior in Maricopa County.

Waste Not: Sustainable Approaches to Design: Select artists and designers featured in "Design Transfigured/Waste Reimagined," an exhibit at SMoCA, will join moderator Judith Hoos Fox, co-curator of the exhibition, to discuss innovative design approaches at 3 p.m.

Wednesday, Feb. 19
Community organization LUCHA is hosting LUCHA Lobby Day at the AZ State Capitol from 7: 30 a.m. to 5 p.m. Members will meet with all state legislators and present the 2020 LUCHA Platform

If you don’t like the current U.S. president, he will be in Phoenix to hear your issues with him if you attend the Trump Campaign Rally Protests at the Arizona Veterans Memorial Coliseum 1826 W. McDowell Rd., Phoenix. Trumpers will likely be in the parking lot all day, but most protestors are expected to arrive after 6 p.m.

Thursday, Feb. 20
Mom's Demand Advocacy AZ is hosting a statewide Advocacy Day 2020 at the state capitol. The group is advocating for legislation to disarm domestic abusers and meet with our representatives to talk about why gun violence prevention is a legislative and electoral priority.

The Beus Center for Law and Society at the Sandra Day O’Connor Law School At Arizona State University is hosting a three day conference, The Controlled Substance Act at 50 Years.

Saturday, Feb. 22
AIDS Walk Arizona 2020, the largest gathering in Arizona to advance the cause of HIV and AIDS funding and awareness, is the flagship event of the central Arizona HIV/AIDS community, catalyzing awareness, education, and support. All proceeds are returned to Aunt Rita's member agencies to support the vital services they provide.

The Consciousness Calendar is curated and published weekly. To submit an item for consideration, SEND US AN EMAIL.