A Month For History And Making Your Voice Heard 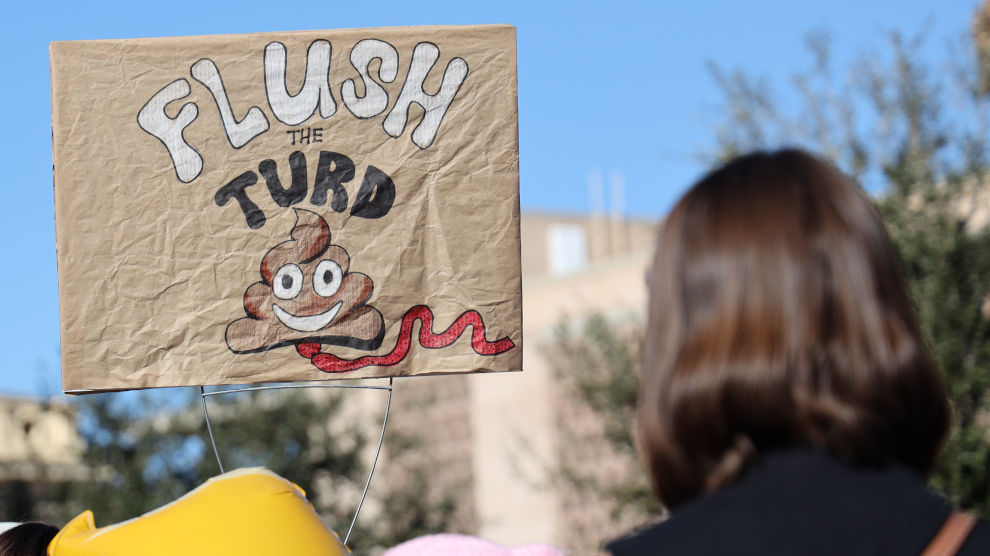 Those upset by the lack of witnesses for Donald Trump's impeachment trial are called to protest Feb. 5. Signs at the events will be similar to those at the Women's March in January 2020. Image by Dominic Johns for Modern Times Magazine.

February is Black History Month. Although its roots date back to 1926, the month was first proposed in 1970 at Kent State University.

During the Bicentennial, former President Gerald R. Ford officially recognized Black History Month, urging all Americans “to seize the opportunity to honor the too-often neglected accomplishments of Black Americans in every area of endeavor throughout our history.”

Now, events are held throughout the U.S. as well as other nations. Arizona is no exception: Black History Month Festival & Marketplace is happening at noon from 4 p.m. Saturday, Feb. 8. There will be speakers including former member of Public Enemy Professor Griff, spoken word performances, an art walk, music, food and more. Admission is free.

In other matters, the U.S. Senate trial of Donald Trump is over and Republican members are likely to vote for acquittal, without any witnesses. In various American cities, protests demanding Trump be removed from office have taken place. Arizona residents unhappy with the process can speak out at a Reject The Coverup Rally in Yuma, or a Reject The Coverup Rally at U.S. Sen. Martha McSally’s Office in Phoenix. Or, if marching and protesting is not your thing, maybe taking the intellectual approach is better; attend Roger McWhirter: The Constitution and Donald Trump at Changing Hands Bookstore.

THIS WEEK
Wednesday, Feb. 5
Female Empowerpowerment in China, Pakistan and Cuba will begin at noon at the Walter Cronkite School of Journalism and Mass Communication, 555 N. Central Ave. in Phoenix. Leading the discussion will be Humphrey Fellows Chentao Cui, a broadcast journalist from China; Noreen Shams, a multimedia journalist from Pakistan; and Monica Rivero, a digital journalist from Cuba.

Roger McWhirter: The Constitution and Donald Trump will feature the author speaking at 7 p.m. at Changing Hands Bookstore, 300 W. Camelback Road in Phoenix. This is part of a series.  McWhirter, an attorney and author, leads a presentation and question-and-answer session about the Constitution and Trump’s actions.

Reject The Coverup Rally from 5 to 6:30 p.m. on Wednesday, Feb. 5 on the northeast corner of Fourth Avenue and 24th Street in Yuma. Signs will be supplied for this non-violent protest, or participants can make their own but are asked to avoid profanity.

Because she’s unlikely to vote for conviction or removal in the impeachment of Donald Trump, a Reject The Coverup Rally at U.S. Sen. Martha McSally’s Office will start at 5:30 p.m. at 2201 E. Camelback Road, Suite 115, in Phoenix. Sponsors include Indivisible Phoenix, PDA Arizona and AZ Resist.

Thursday, Feb. 6
Refugee Lobbying Day Advocacy Training will take place from 5:30 p.m. to 8 p.m. at Lutheran Social Services of the Southwest,  2502 E. University Drive in Phoenix. Participants will about logistics, meeting legislators and an opportunity to share stories. Refugee Lobbying Day is on Feb. 10.

Why are conservative Christians so hostile to action on climate change? Evangelical Climate Change Skepticism will address that topic. The forum is set for noon at West Hall 135 on Arizona State University in Tempe. Robin Veldman, of Texas A&M University, will lead the discussion. Admission is free.

Saturday, Feb. 8
Kicking It BIG! - Big Brothers Big Sisters, a one-day event to mentor youth, will begin at 1 p.m. at Escobedo Park, 215 E. Sixth St. in Mesa. The game will be kickball; water and snacks will be provided. Registration is suggested for this free event.

Heart for Diabetes & Red Cross - Give a Pint Save a Life Health & Wellness Fair will be held at 8 a.m. to 4 p.m. at 39 E. Jackson St. in Phoenix. There will be guest speakers, nutritional information, entertainment, food, prizes and more. Desert of Arizona Prince Hall Shriners is the sponsor. Admission is free, and registration is suggested.

The Animal People Free Screening & Post Movie Discussion will take place at 6:30 p.m. at 24 Carrots!, 1701 E. Guadalupe Road in Tempe. Actor Joaquin Phoenix is the executive producer of the documentary, which “follows the journey of six young Americans who find themselves targeted as terrorists by the U.S. government for their involvement in a controversial protest campaign.”

Now until Feb. 8
After a 25-year absence in Phoenix, World Press Photo Exhibition is happening at the Walter Cronkite School of Journalism and Mass Communication. The prize-winning pictures visit about 100 cities in 45 countries over the course of a year and are seen by more than 4 million people.

Monday, Feb. 10
AZGA Kinship Day at the Capitol 2020 will take place from 9 a.m. to 2 p.m. Participants will have the chance to meet other kinship caregivers and elected officials, tell their stories and learn how the Legislature works. A lunch is included. Sponsors include the AZ AARP, AZ Children's Association, Southwest Center for Economic Integrity and Children's Action Alliance.

Wednesday, Feb. 12
Equality Lobby Day is happening at 8:30 a.m. at the state Capitol, 1700 W. Washington St. There will be speakers, training and a chance to meet lawmakers. Food and drinks will be served; participants are encouraged to wear magenta. Admission is free.

Dr. Yusef Salaam, one of the Central Park Five, will speak at Phoenix College (Bulpitt Auditorium), 1202 W. Thomas Road. Since his release from prison after being falsely accused of attacking and raping a woman in 1989 in New York City, Salaam has committed himself to advocating and educating people on the issues of false confessions, police brutality and misconduct, press ethics and bias, race and law, and the disparities in America’s criminal justice system.

A presentation on the China Sea Conflict will begin at noon in Room 444 of the Walter Cronkite School of Journalism and Mass Communication,
555 N. Central Ave. in Phoenix. Camille Elemia, a multimedia reporter from the Philippines; Ha Tran, a broadcast journalist from Vietnam; and Aung Naing Soe, a multimedia journalist from Myanmar, will discuss the maritime dispute, China's increasing militarization in the contested waters and its economic expansion in the region.

The Second Annual People Not Prisons Vigil will be held from 4 p.m. to 9 p.m. Feb. 12 at the state Capitol. Sponsored by the ACLU of Arizona, the vigil and march will allow people to light candles for every incarcerated person and demand that lawmakers enact sentencing reform.

The Consciousness Calendar is curated and published weekly. To submit an item for consideration, SEND US AN EMAIL.